Tik Tok was founded in 2012. In the short span of 8 years, it has seen an exponential growth in the number of users. It has expanded beyond China, making waves all over the globe. Today, we will touch on the influencers that have joined the trend of Tik Tok and achieved widespread popularity on this video sharing platform. 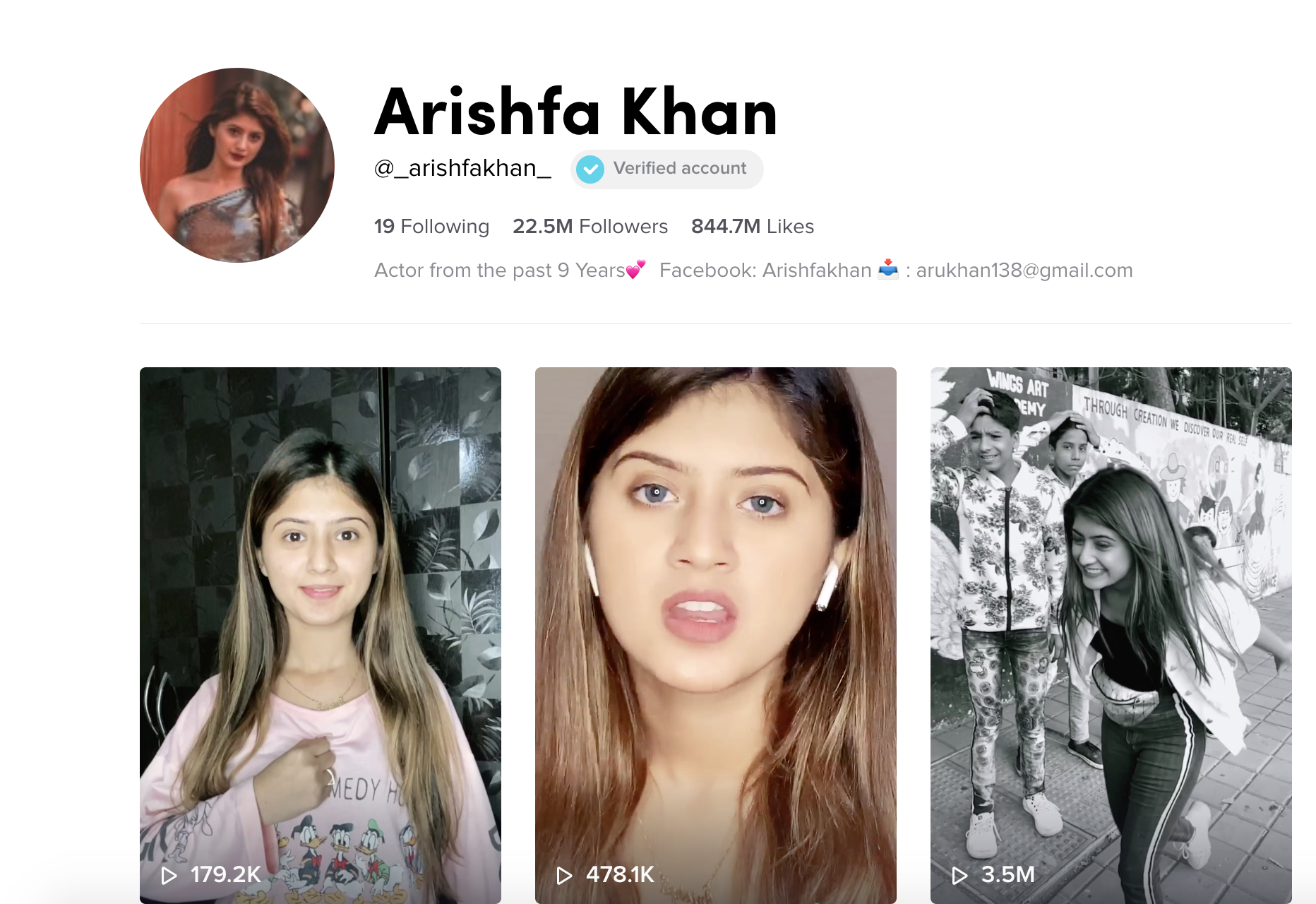 Firstly, we have Arishfa Khan (@_arishfakhan_) who has over 22 million followers on Tik Tok. You can consider her as a macro influencer as the number of followers as well as the number of views she gets from each video is extremely high.

For those of you that might not know, Arishfa actually started her career as a child actress when she was only 9. she then started amassing huge popularity on Tik Tok thanks to her lip-syncing videos. Today, she posts a wide variety of content on Tiktok, from comedic skits to dances, you can find all sorts of videos on her profile.

Besides Tik Tok, Arishfa also has achieved success on other Social Media platforms. One of them is YouTube, where she regularly posts videos about beauty makeup and lifestyle.

Secondly, we have Cash Bake, (@cash.baker), who is also another teenager that has achieved success on Tik Tok. Despite only being 17, Cash has created quite the career for himself as an influencer. He has 14.9 million followers on Tik Tok, and also produces music with brother, Maverick.

He attained widespread popularity when his song, “The Way You Move” went viral on Tik Tok. Since then, he has gone to build up his career on Tik Tok. He constantly uploads content on the Social Media platform. Many of them include posting fandubs and lip-sync videos.

To add on, his equally popular family also make regular features in his videos. Therefore, do check out Cash’s Tik Tok profile to catch the Baker family in action. 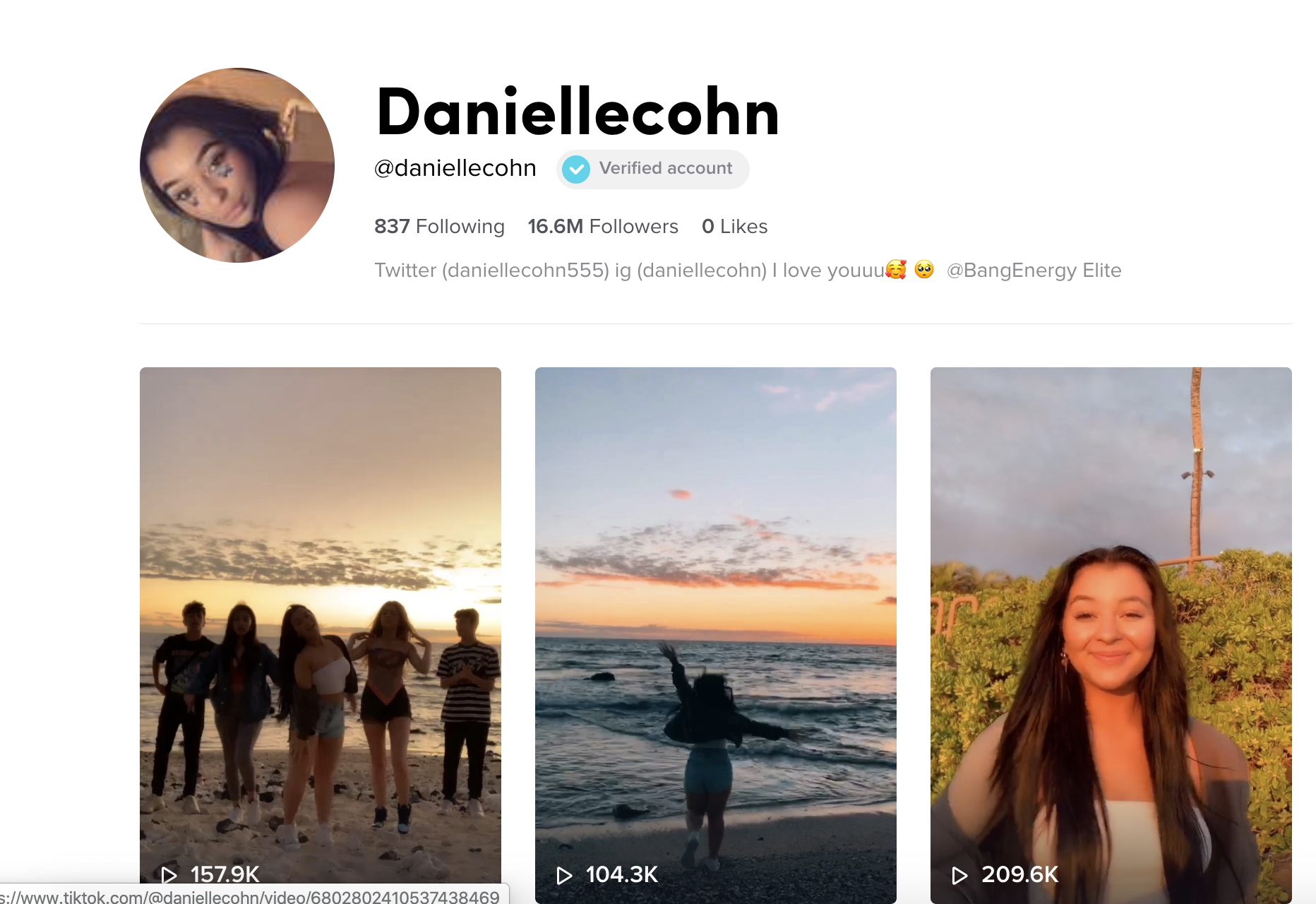 Thirdly, we have Danielle Cohn (@daniellecohn), she is an influencer that has achieved success at a young age. She is still in her teen years but has attained popularity across all Social Media platforms. One of them being Tik Tok where she has over 16 million followers.

You can trace her fame on Social Media back to a few years ago, where she became a popular creator on Musically (before it became Tik Tok). Like Cash Baker, Cohn is also interested in music. She released her first single, “Marilyn Monroe” in 2017.

Other achievements she has attained include being nominated for a 2017 Teen Choice Award for “Choice Muser.” To add on, she also made an appearance at a few events. One of them being Playlist Live, where she performed songs such as Fix Your Heart, Little Like Paradise.

Lastly, Danielle is also quite an established influencer. She has worked with several big brands, some of which include Target and Fashion Nova. Do check out her Social Media accounts to see who has worked with her in recent years! 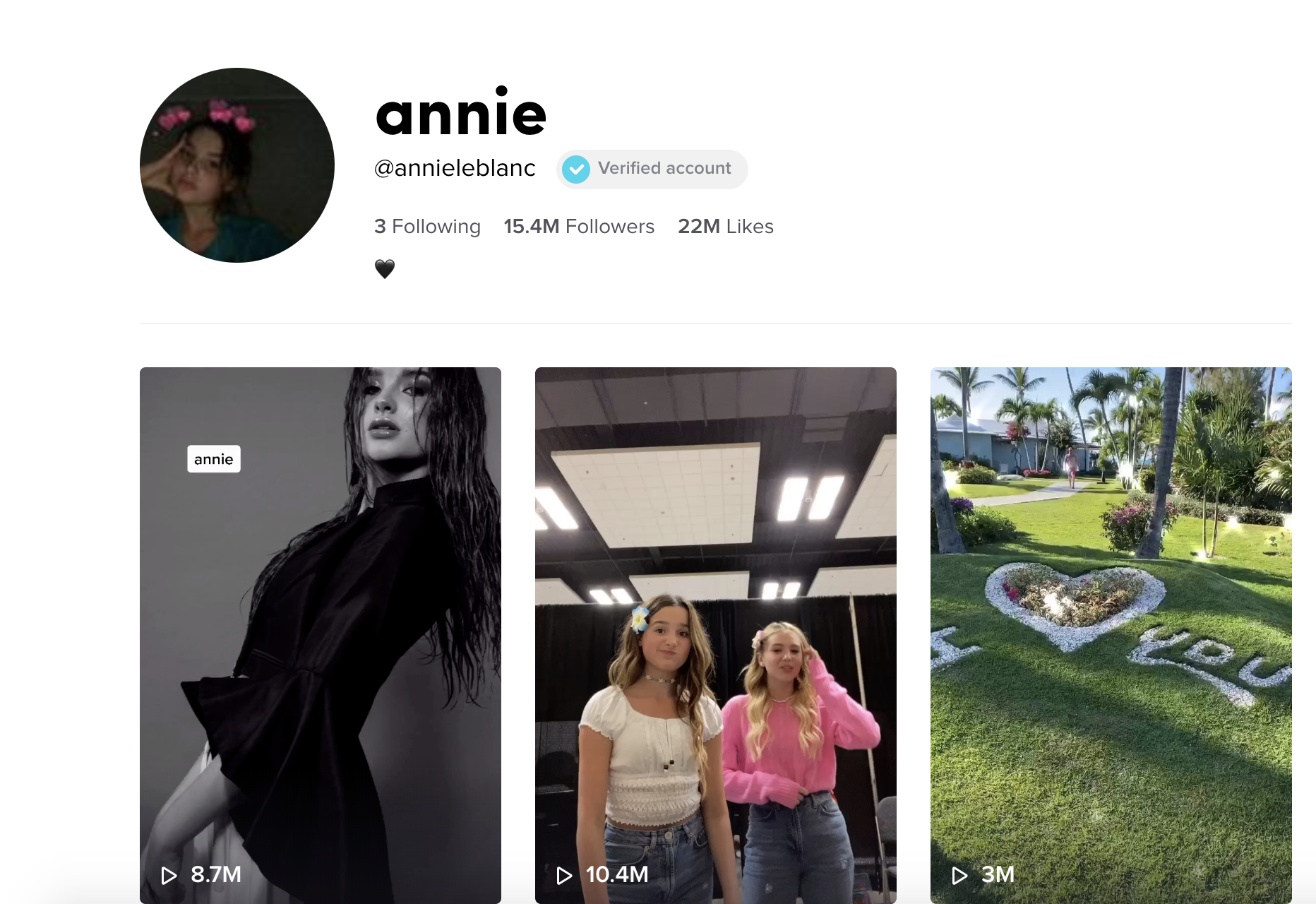 Fourthly, we have Annie LeBlanc (@annieleblanc), is a teen influencer has made waves on YouTube and more recently, YouTube.

Annie’s beginnings on Social Media can be traced to her family’s YouTube channel, Bratayley, which has millions of subscribers. Apart from appearing in YouTube videos, Annie then started to create her own Tik Tok account. To date, she has over 15 million followers on Tik Tok and thousands of users view her videos on a daily basis.

To add on, Annie’s talent not only lies in creating Tik Tok videos, but she is also trained in gymnastics. You can catch her in action as a gymnast in some of her older YouTube videos. Apart from social media, she also starred in the Brat web series Chicken Girls and also plays the character, Lex, on the Nickelodeon series Side Hustle. 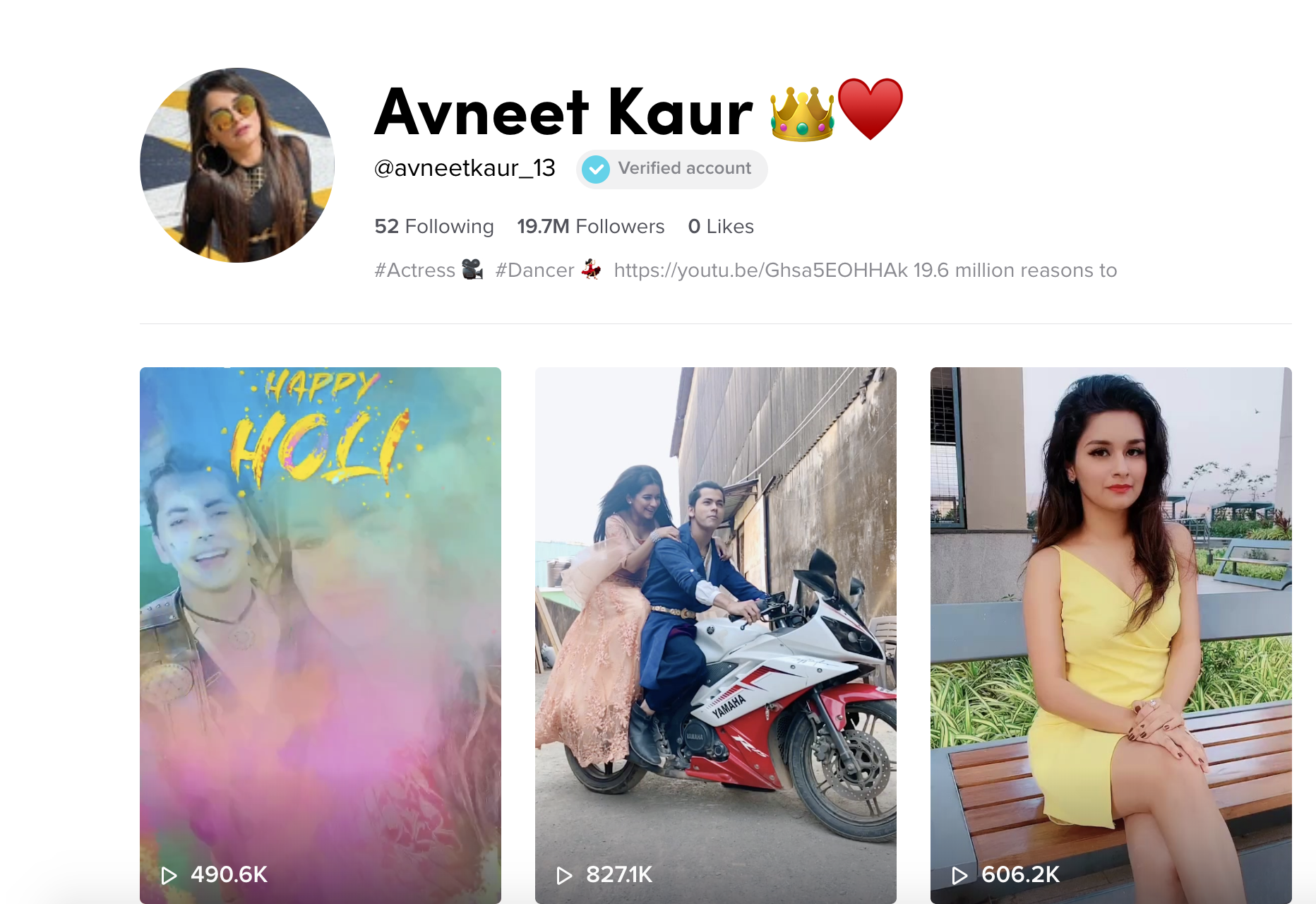 Moving on, we have Avneet Kaur (@avneetkaur_13). Despite only being 19, this Avneet has garnered millions of fans online. In fact, her Tik Tok account alone has a whopping number of 19.7 million followers.

Aside from her career as an influencer, Avneet is also well known for her talent in dance and acting. She has won multiple dancing competitions and has also acted in Meri Maa, where she was cast as Jhilmil. 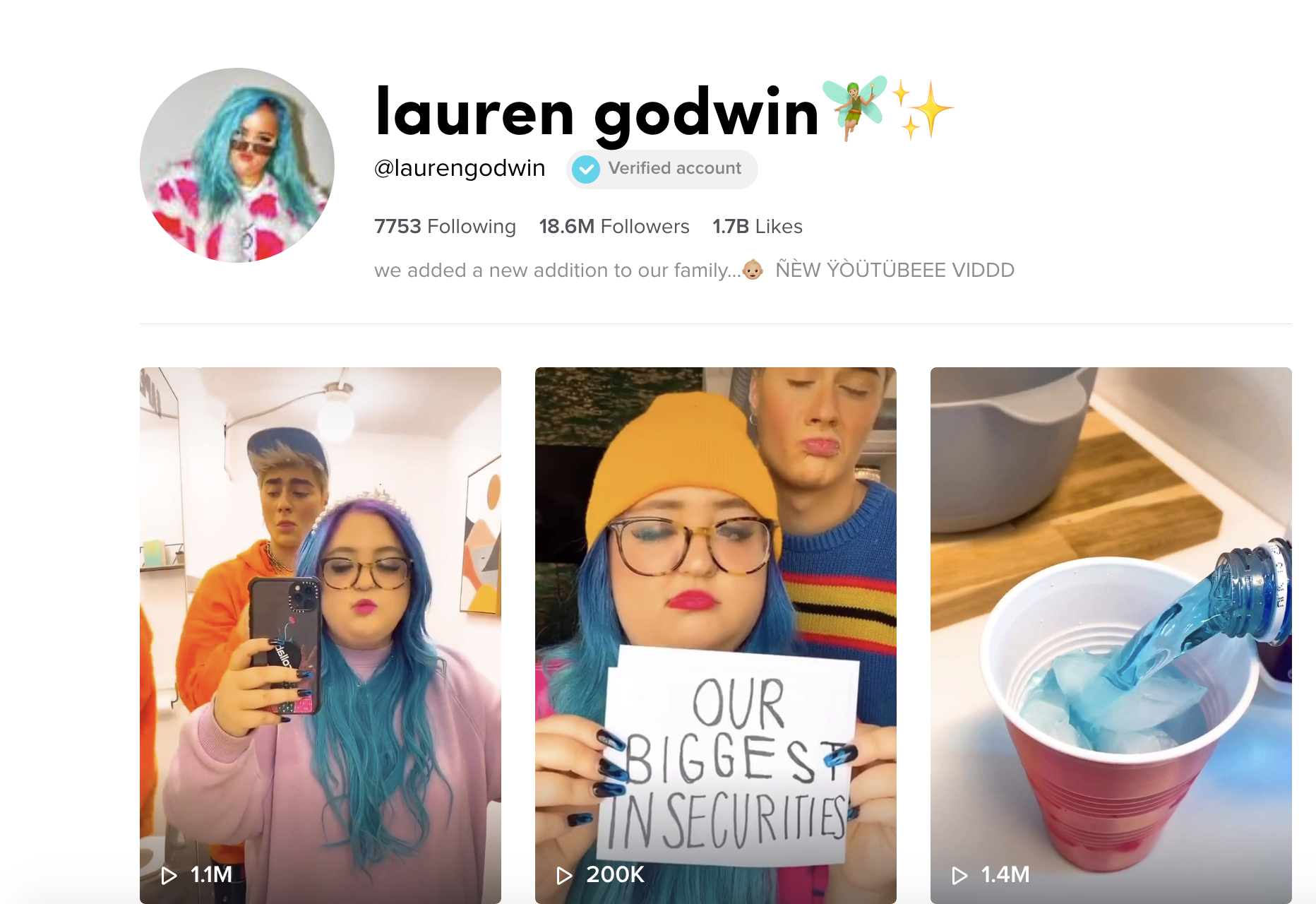 Next up, we have Lauren Godwin, (@laurengodwin) who is a Tik Tok-er that focuses on comedic content. She is most well known for her short comedic skits on her Tik Tok account. From pranks to skits, Lauren comes up with all sorts of videos that will get you smiling from ear to ear.

Currently, Lauren has 18.6 million followers on Tik Tok. Despite her large following on Tik Tok, she also finds time to update her YouTube channel, where she posts similar comedic content. 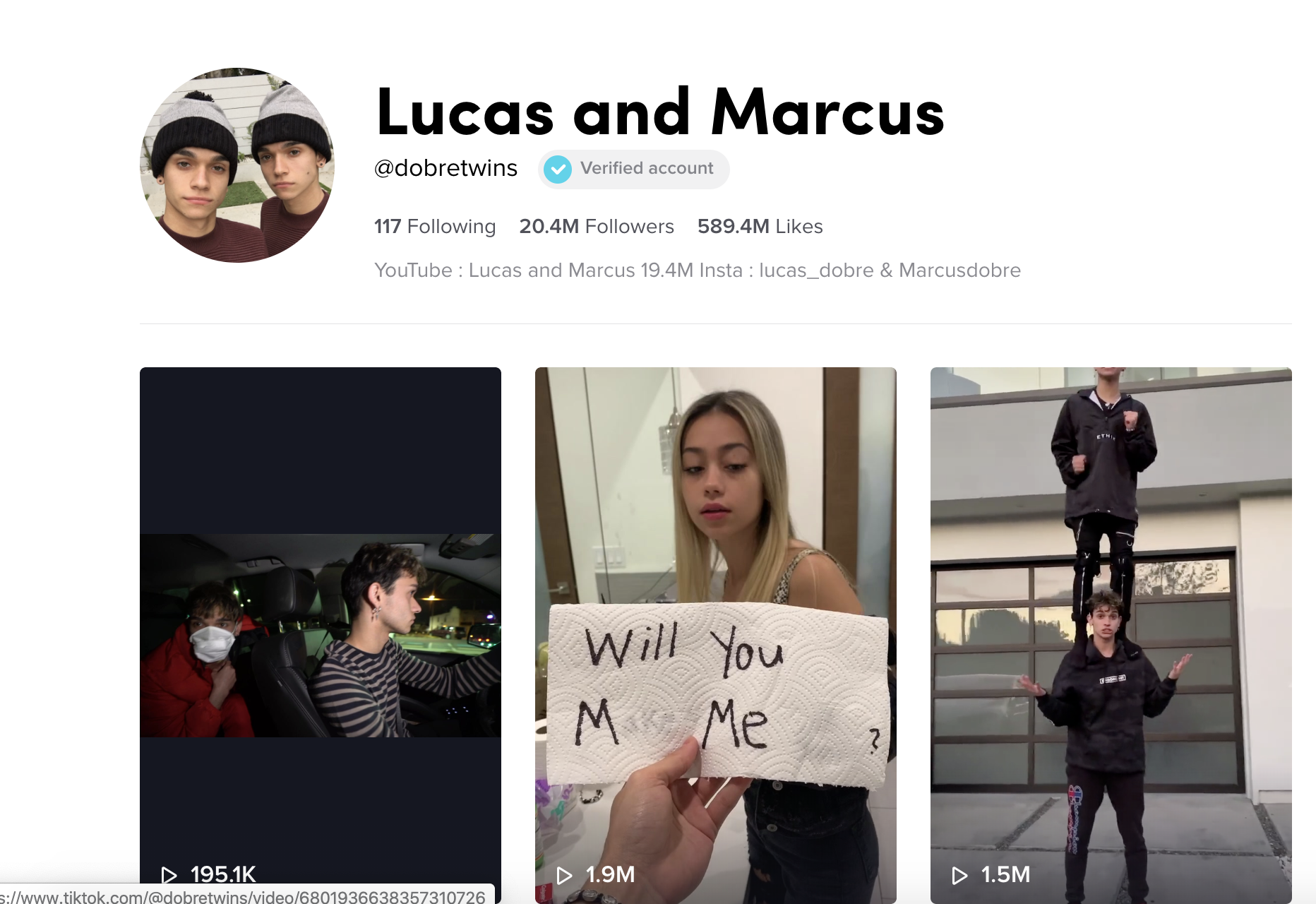 Our seventh influencer on the list is a pair of twins, The Dobre Twins (@dobretwins), who is one of the most popular pair of twins you can find on the internet. Despite being only 21, Lucas and Marcus Dobre have achieved a lot in their years online.

They have over 20 million followers onTik Tok alone. Do check out their Tik Tok account for comedic content! 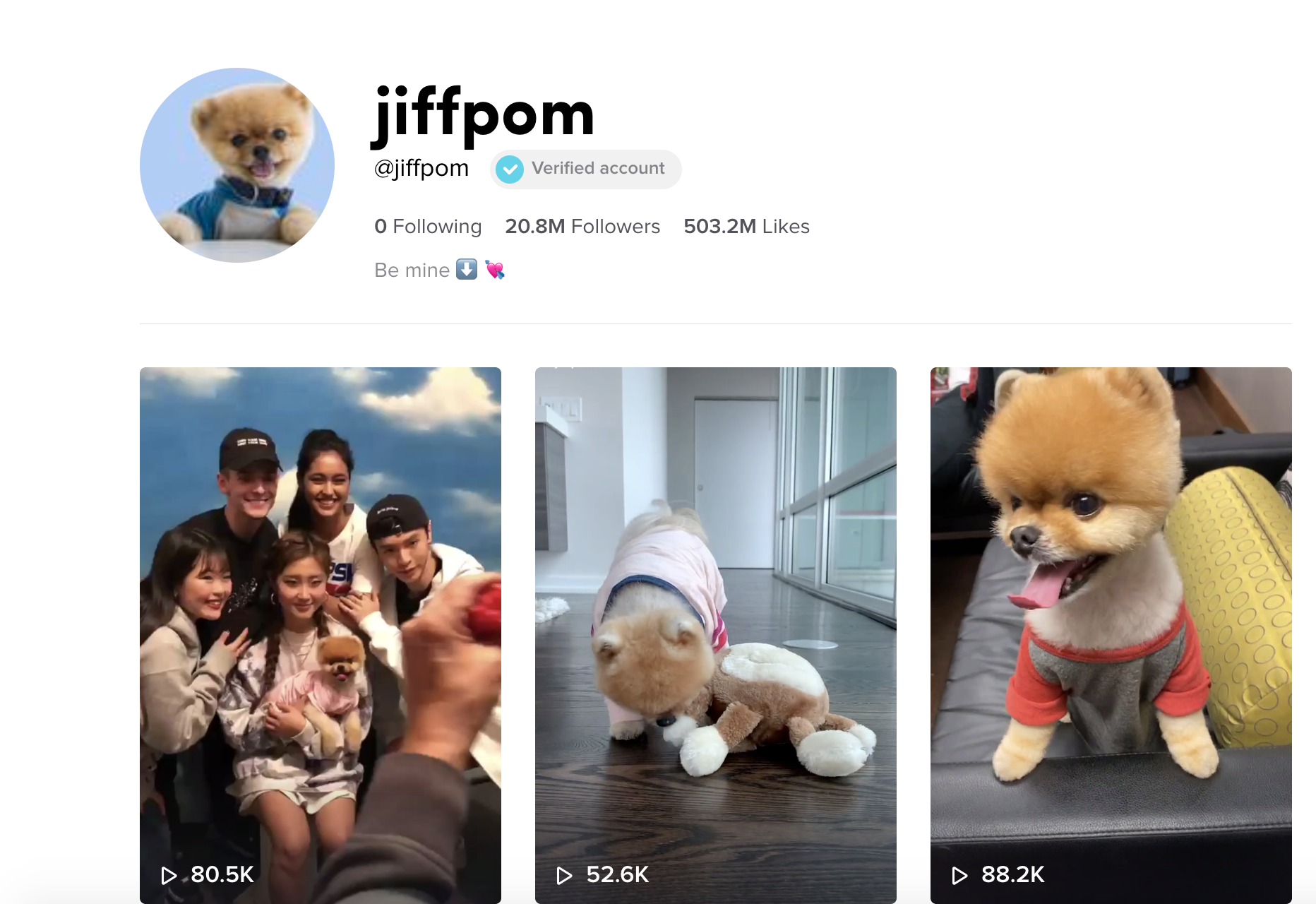 Last but not least, we have JiffPom (@jiffpom), this influencer is no ordinary influencer. JiffPom is a Pomeranian dog who has gained widespread fame for being the winner of two Guinness world records. This is thanks to the amazing speed he moves at with only two legs of its four legs.

If you found him familiar, it is not surprising. After all, Jiff has been included in many productions. Amongst them include the music video for Katy Perry’s hit single, Dark Horse. Do check out Jiff’s Social Media accounts to catch this amazing Pomeranian in action!

To conclude, these are 8 influencers that have jumped onto the Tik Tok bandwagon and received quite the following on the platform. That being said, there are many other influencers on Tik Tok. Therefore, do check out the platform yourself and have fun Tik Tok-ing! 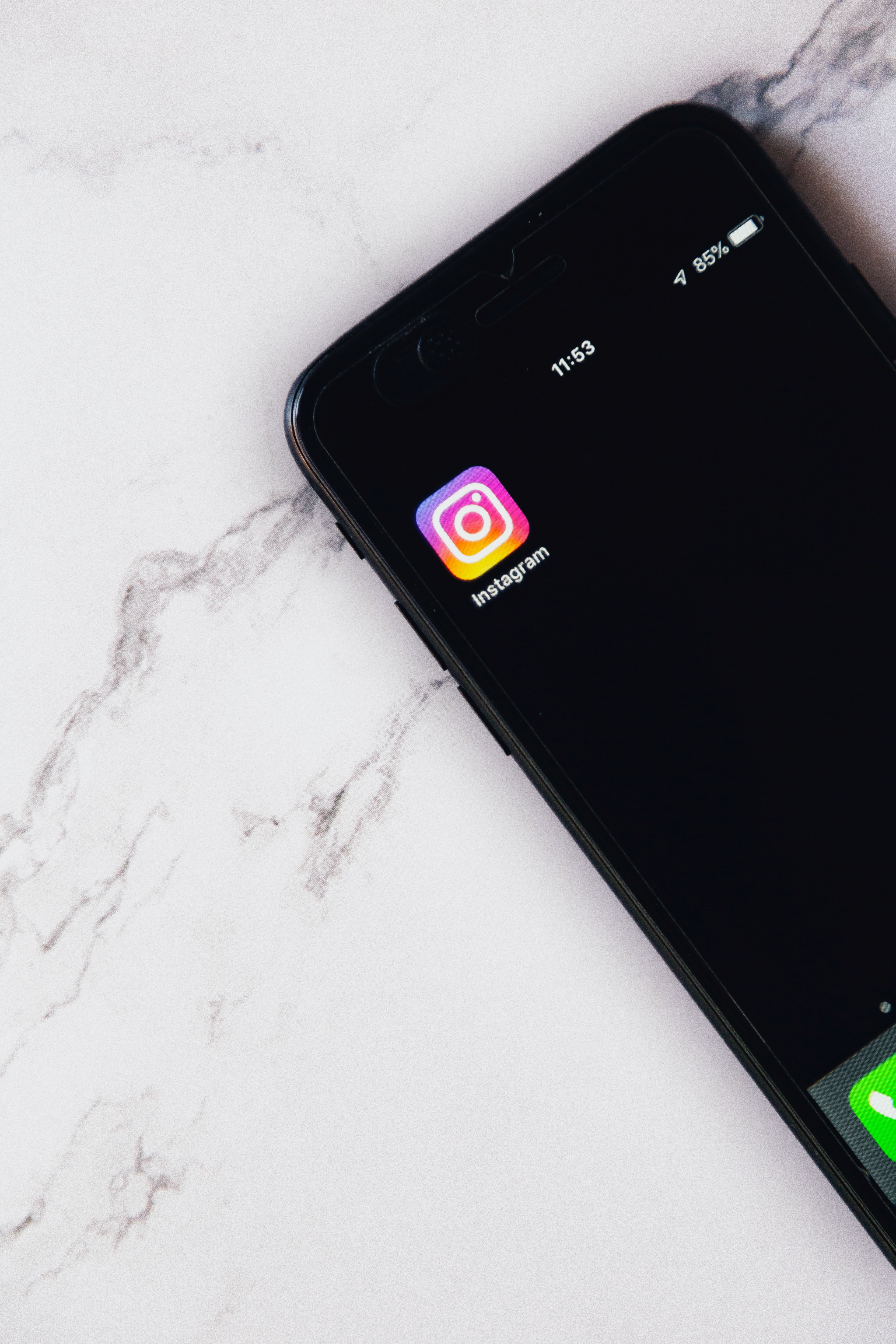 What Are Instagram Guides and How Can Marketers Use Them? 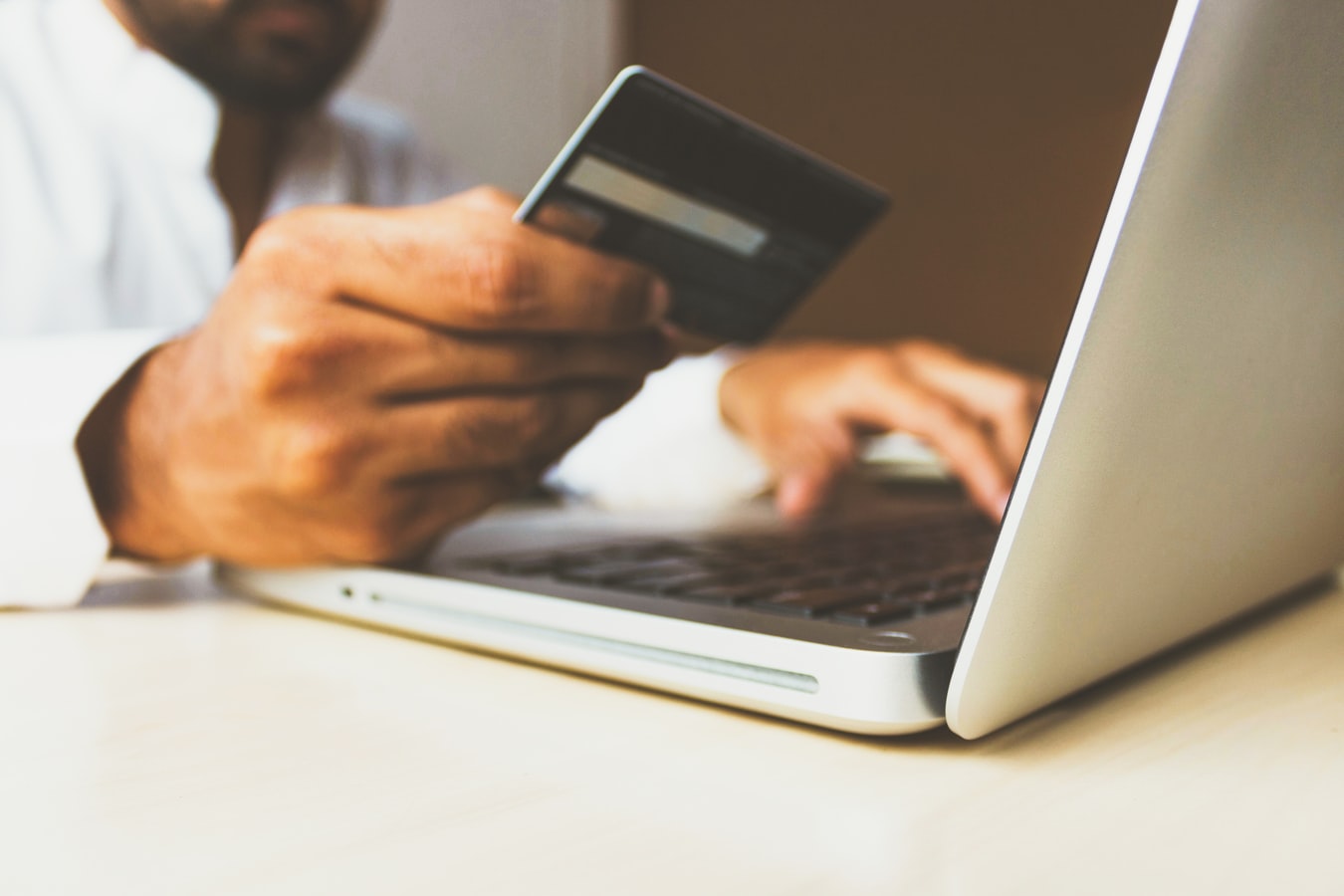 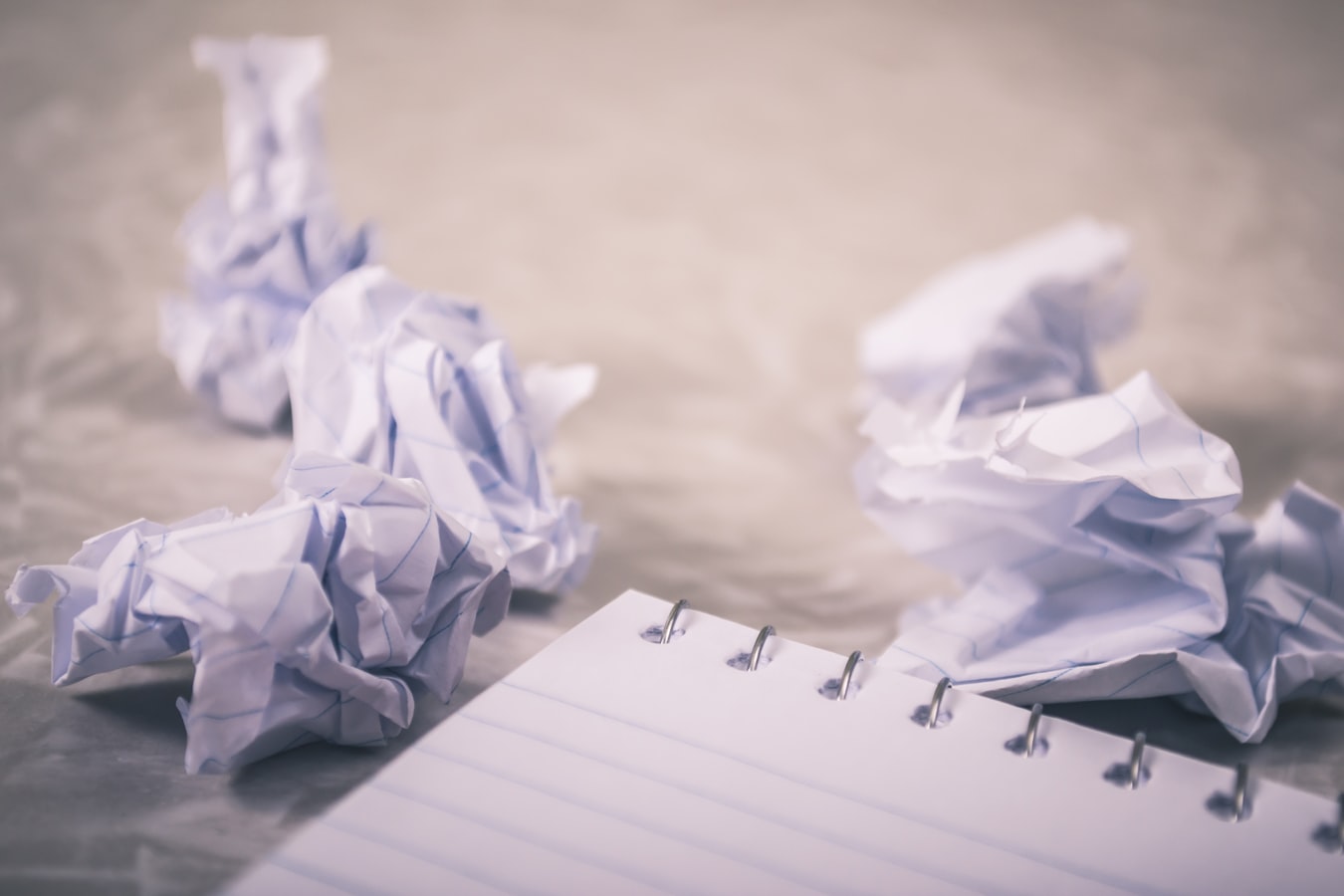